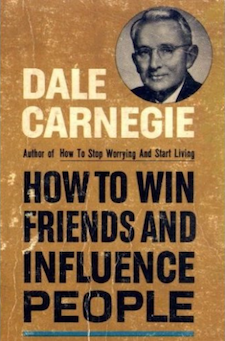 A few years back, Fred Engel, who was VP of engineering of Concord Communications from startup to IPO, gave me this professional insight (paraphrased):

So after 15 to 20 years of working in the industry, you have become the VP of engineering on an executive management team. Unfortunately, you quickly find there is an imbalance of power between you and some members of your new team, particularly the VP of sales. While you are both peers, you exert very different levels of influence across the company. The management team sides more often than not with sales rather than engineering in critical decisions.

For a while, I didn’t understand why. But then I realized the answer is in the careers of these two VPs. The VP of engineering likely came out of school with a CS degree, took a job as a software engineer, and spent his early career in front of a computer writing code. After a few years, he moved into a technical leadership role, and eventually to managing engineers who are writing code. On the other hand, the VP of sales came out of college with a business degree and likely started as a sales rep. His early career was spent trying to influence people to make a decision. He eventually moved into management, where he led sales reps whose job it was to influence people to make a decision.

So which of these two VPs are likely to have developed stronger influence skills for an executive management team?

Fred’s point: engineers are disadvantaged when it comes to exerting influence.

The ability to influence is an essential soft skill in both our personal and professional lives. Whether we are trying to change a product roadmap or improve the behavior of our children, we rely on influence. Unfortunately, those of us in technical professions are typically less skilled at exerting influence than peers from other professions.

So here is the top 7 mistakes I have seen technical professionals make in exerting influence:

#7: Failure To Identify the Decision Makers

You cannot influence if you you do not understand the alternative points of view. Engineers often think the correctness of their point of view will prevail, not taking into account that others hold equally strong points of view. Influencing is very much a people process, subject to the vagaries of interpersonal interactions. Putting yourself in the shoes of others is a pre-requisite to exerting influence.

#5: Failure To Recognize Influence As a Process

Engineer often look to exert influence in single discussion: sit down with a decision maker, make a compelling argument, and change his or her mind. Successful influencing requires a willingness to engage in a process that takes many steps and could last days or weeks.

An unwillingness to listen sends a clear signal to others that you do not respect other points of view. Short of being George Bush, you are unlikely to get away with a “for or against us” attitude (okay, even George couldn't pull that one off). A willingness to listen demonstrates both your respect for different points of view and a commitment to engage in a process.

When was the last time you won an argument? Unless you're a trial lawyer, you have likely rarely engaged in an argument in which one person is being identified as "right" and the other person as "wrong." Engineers frequently seek to influence through argument.

Engineers are used to working in the black and white, e.g. the code compiles or does not. Influence is anything but black and white. There is often one right but multiple good answers to any problem. Projecting that your point of view is the only one you will accept undermines the very weight of your argument. Don’t engage in influencing others if you are not open to being influenced yourself.

#1: Inability To Communicate the Impact

You can be a rock star software engineer without ever developing strong communication skills - but unfortunately you cannot influence without clear communication. Engineers often fail to communicate the essence of their point of view - the positive or negative impact of a change - allowing decisions to be made without taking into account the full potential impact

A former CEO told me once: “I can’t lead you any place you are not willing to go.” By this he meant: he may have the title of CEO, but his ability to steer our management team was limited to his influence.

Technical professionals are on average less skilled at exerting influence than many of their peers. But fortunately influence, like any other soft skills, can be improved over time. Take the time to review these common mistakes and look for ways you can improve your influence. Look at influence as you would any other technical skill - something that can be honed and improved with practice and mistakes.