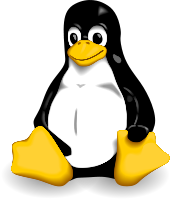 Last Tuesday I held a CodeFest competition at Sonian. After an intense day of coding, the company gathered to watch the teams present their results. I’ll confess to being surprised by the scope of some of the ideas - ideas that required the use of natural language processing, image analysis, and advanced search technology. I work with a strong team of engineers, so credit should go to them for taking on and solving complex problems. But it struck me that something else was at play here too: the maturity of open source.

It’s not easy to pin down when the open source movement started to have such a pervasive impact on my profession. My first introduction was in installing my first Linux distribution in 1992. This was followed in the early dotcom boom by using Apache (yes Virginia, there was a time when we had to actually debug Apache to make it work). Open source proliferation accelerated during the internet bubble, and by the beginning of this century was everywhere.

But at some point along its journey, something changed, or as a friend and former colleague put it: “Somehow open source got out of jail.” For years, most open source was inferior to commercially available solutions in both quality and features. With few exceptions, it took an investment to make open source work. But over the last 10+ years, open source is in many areas superior to equivalent commercial solutions - and in a few, the only available solution. This transformation has shaken up entire industries, and introduced new complexities around intellectual property and software business models.

But in watching our CodeFest, it was clear the maturity and pervasive use of open source is nothing but a positive for software engineering teams. Rarely now do you see organizations solving complex technical problems with million line code bases. Instead we stand on the shoulders of the giants, leveraging sophisticated solutions to targeted problems - enabling us to reach new heights unimaginable by software engineers of the previous century.

It’s good to see open source out of jail.