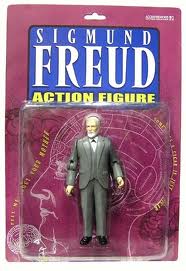 Software Muchausen By Proxy (SMBP) is a syndrome first diagnosed by me over a decade ago, and contrary to the opinion of some, represents my only contribution to the American Psychological Association. The diagnosis came while managing a small team of engineers at a software startup. After a few releases with the team, I noticed one engineer always seemed to have problems with his code late in a release cycle. The first time, it was a design flaw that if not resolved, would make the entire product fail in production. The second time, there was a serious defect in a third party product upon which he depended, that required a near complete rewrite of his code. By the third time, I channeled the ghost of Sigmund Freud and self-diagnosed him with Software Munchausen By Proxy.

I caution other engineers turned amateur psychologists not to confuse SMBP with incompetence. Incompetence exhibits itself through out all phases of software development - whereas SMBP exhibits itself only at critical phases where either shipping or a decision to ship is imminent.

While there is disagreement among the best engineering minds as to the root cause of SMBP, there is agreement that perpetrators likely do not want to ship their software, and consciously or unconsciously make decisions that directly affect this outcome.

Some common signs that suggest you may working with an engineer or engineering manager with SMBP include:

If you think an engineer you work with may be suffering from SMBP, it is important you contact an engineering medical professional as soon as possible.

(THIS POST IS NOT INTENDED FOR THE PURPOSE OF PROVIDING MEDICAL ADVICE. All information, content, and material of this post is for informational purposes only and are not intended to serve as a substitute for the consultation, diagnosis, and/or medical treatment of a qualified physician or healthcare provider.)