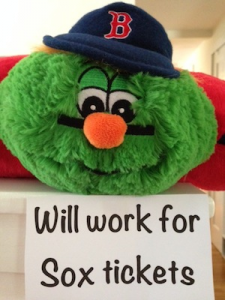 When you’ve been hiring in the same area for a period of time, you’re bound to have stories. Here are five stories you might not want to reproduce in your next interview. The statute of limitations has expired on all five, so think I am fine telling them now. ;)

I had just settled into interviewing a candidate when I offered up a softball question: what are you looking for in your next job? While this question rarely elicits a compelling answer, it’s sometimes a good way to get a candidate comfortable talking. Unfortunately in this case, it may have made the candidate too comfortable. “I’m looking for a job that doesn’t suck,” he started, “All my previous jobs have sucked.” The candidate then launched into an impassioned tirade on how every job, manager and colleague in his professional life “sucked.”

One day one of my engineers told me the candidate he was about to interview had his shirt on inside out. I suggested it would be best to tell him in order to save further embarrassment. I was curious though how the candidate react. Would he: 1) excuse himself to go to the restroom and change, or 2) make an excuse and continue the interview. My candidate however found a third option I had never considered: removing his shirt in the middle of the interview, turning it right side out, and then putting it back on. Confession: I like irreverence. I hired him, and I have hired him two times since.

After nearing the completion of a last round of interviews for a contractor, the candidate decided to disclose to me that he occasionally needed to take a nap. I vaguely recall saying something like: “As long as it doesn’t interfere with your job, I certainly have no issue with this.” For all I knew, it was for medical reasons, so really wasn’t relevant to me as a hiring manager. But after returning from lunch on his first day, I almost tripped over shoes protruding from a desk in our engineering area. Yes, not only did the candidate need to take a nap, but apparently he needed to do it at lunch time, every day, in an open area, and under his desk.

I’m not a big fan of cover letters, but if you do write one, it’s best not to have it provide a compelling reason not to interview you. Mentioning that you are “twice as good as those crappy college kids” is… well, probably not the best way to get an interview.

#1 - Changing in the Parking Lot

There are some people who actually wear suits to job interviews (yes, shocked gasps all around). This of course creates the obvious dilemma: how to get from your work to interview clothes without your current colleagues knowing what you’re doing. One candidate found an interesting approach: changing outside his car in the parking lot of the building he would interview. There was one problem though: the company he was going to interview with had open office space with long windows looking out to the parking lot. By the time the candidate arrived, everyone knew the candidate and his tighty whities were coming.