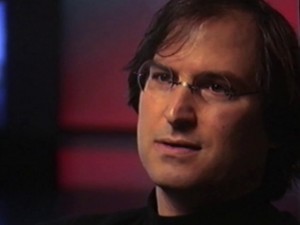 “I observed something very early on at Apple, I didn’t know how to explain it then, but I’ve thought about it since. Most things in life, the dynamic range between ‘average’ and the ‘best’ is, at most, two-to-one. If you get into a cab in New York City with the best cab driver, as opposed to the average cab driver, you’re probably going to get to your destination with the best cab driver maybe thirty percent faster… Or a CD player, the difference between the best CD player and the average CD player is what? Twenty percent? So two-to-one is a big dynamic range in most of life. In software—and it used to be the case in hardware too—the difference between the average and the best is 50 to one. Maybe 100 to one. Very few things in life are like this, but what I’ve been lucky enough to spend my life in is like this.”