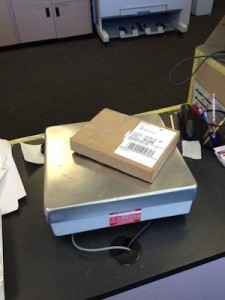 It is with great regret I have said goodbye to my newfound cyborg part: Google Glass. I joined the Glass Explorer Program last month in hope of taking a step toward achieving my lifelong goal of becoming a human cyborg. When I signed up, I fully expected to see an early product. I also knew it would be hard to justify spending $1500 for the right to test an early pre-release product (“Warren, you don’t justify it. You rationalize it.”). But after a few weeks “on the Glass”, I concluded the technology is just too immature for me. So with a return shipping box from Google, my Glass is on the journey back home to Mountain View.

I walk away impressed with the ambition of Google in attempting to productize an advanced wearable such as Glass. Without a large technology stalwart forging the path, this product category could take 5+ more years to reach mainstream consumers. I was also impressed with many of the features of the device - e.g. voice recognition, text to speech, quality heads up display, and voice-driven search. But at the end of the day, I think this iteration of a headset wearable is still far from adding value into my life, or in the lives of my customers.

So just as the Wright Flyer I represented an enormous human achievement for transportation, so too may Google Glass be recognized some day for its achievement in pioneering the extension of human intellectual / physical capabilities with wearables. But while I can celebrate the Wright Brothers' great milestone, you won't catch me taking a ride on it to my next business trip. ;)

I hope to be back “on the Glass” in 6+ months or so with a new iteration of the product. In the meantime: Ok Glass, Goodbye.

Attached is a picture of Glass on its way back home to Google, taken without a wink, and courtesy of my wife.