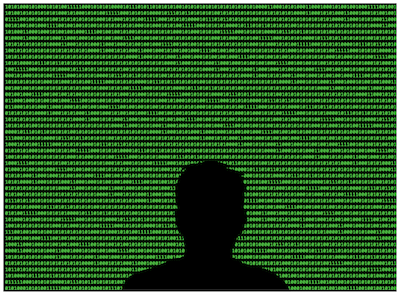 I still remember my first experiences with enterprise IT in the mid/late 2000s. I’d arrived at a 70K person company post acquisition and been given my first company-issued laptop. The first task I set out to do with the laptop was install the tools required to develop software. I soon realized I could only install software approved by IT, and unfortunately none of the software I needed was on the approved list. But fortunately there was an IT process for this: fill out a form requesting approval for my “non-standard software”. Several days later, after receiving my approval, I found I didn’t have administrative permissions to install the software. Fortunately there was a form for that too. Upon receiving temporary administrative rights to my laptop, I overreached a bit and installed two applications that did not have prior approval. For the next several weeks I received threatening emails from IT demanding I remove my unapproved software or it would be removed for me. But even after I managed to get this all his sorted, I would soon learn I couldn’t access developer websites such as Stackoverflow and GitHub, since these sites had not been approved by IT. Yes there was an request form for that too.

From 1970 through 2000, IT had been a strategic partner in enabling enterprises to navigate the technology transformations that brought us from mainframe to minis and from minis to PCs. While IT could be difficult business partners at times - and on occasion just needed to be worked around - their goals were aligned with the lines of business and their mission clear. In many ways, 1970-2000 was the Golden Age of IT, where IT spending rose each year for three consecutive decades. Through the recessions of the mid-1970s, early 1980s and early 1990s, to the boom years of the mid-1980s and mid-1990s, IT budgets consistently grew greater each year than the previous. But most importantly, IT’s role and impact in driving technology within the enterprise was unquestioned.

End of the Golden Age

But the Golden Age though came to an abrupt end in the 2000s. With the bursting of the Dotcom Boom in 2000 came the first recorded drop in IT spending in over three decades. This was followed by rapid swings in IT spending as the 2000 downturn was followed by the Great Recession of 2008. While being asked to do more with less, IT also had to grapple with several major technology shifts - e.g. open source, malware, mobile, social, virtualization, SaaS - each potentially adversely impacting the multi-billion dollar brands IT was sworn to protect. The result: the emergence of an IT culture driven to control instead of innovate, rejected change, and was at a loss with the core of its service mission.

Rise of Shadow IT

If the shift in IT came abruptly in the 2000s, the response in lines of business came gradually. Over the next several years, line of business leaders found themselves confronting an IT that was increasingly inhibiting them from achieving their goals. In response, leaders found themselves starting to work around IT, funding their technology needs from their own budgets. Thus “Shadow IT” was born, and a rift was created between IT and their line of business partners. Over the next several years, unapproved smartphones found their way into the enterprise, SaaS products were adopted in departments / teams, home devices appeared in the workplace, and public cloud providers starting running enterprise infrastructure that should have been running in IT data centers.

While shadow IT has resulted in many positive benefits to the enterprise - such as increased business agility, reduced cost, greater innovation - it also brought increased exposure to the enterprise through higher risk of data loss / exposure, duplicate systems, and lack of system integration.

Beginning of the End

While “Shadow IT” remains alive and well in 2015, we are starting to see the early signs of a change. The biggest movement has come from within IT itself, which has become aware of its own shortcomings over the 2000s. New leaders have arisen that have taken a new approach to engaging the business. Instead of trying to control, they have increasingly found ways to assert influence over their business partners that protect the enterprise brands while embracing innovation and agility. The IT private cloud has been replaced by a hybrid cloud strategy that embraces the public cloud; the rejection of SaaS has been replaced by processes that ensure adopted SaaS products meet the critical standards; the tightly controlled ITIL processes have found ways to adopt new innovations such as DevOps; and the draconian control over security has been replaced by a more flexible approach that attempts to balance security with agility.

While IT has a long way to go, we are seeing a change that will have a rippling effect across our industry. For almost 15 years, vendors selling to the enterprise have tuned their products, services, business models, and pricing to support adoption within lines of business. As a more agile IT begins to find its voice, it will reshape the expectations of the enterprise and its vendors. Vendors will find themselves being required to add new enterprise features, changing their pricing, adopting new support models, and working through longer sales processes that are required for enterprise adoption.

There was a time not long ago when IT was a strategic business partner who enabled the success of their business partners. For almost a decade and a half, IT lost its way. But the early signs suggest that IT is finding its old self again, and the days of Shadow IT are becoming numbered.

Related posts: In the Eye of Disruptive Innovation, 5 Stages of Enterprise Cloud Adoption, If Your IT Department Operates It, It's Not a Cloud