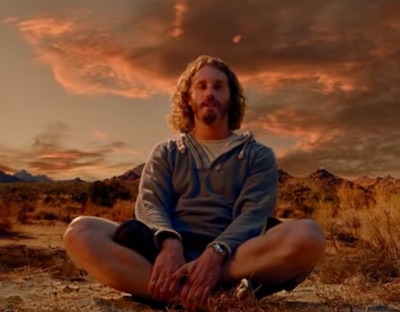 I sometimes hear the name of a new company and can’t help but appreciate its simplicity and power. For example: Cloudera, Docker, Pinterest, Uber. I like to think that these names came from an HBO Silicon Valley-esque vision quest by its founder, mushrooms optional of course. But in truth I know company naming stories are always much simpler. For example, Pinterest would have been named “Pin Board” if Ben Silbermann had his way (fortunately he listened to his wife). My company, CloudHealth Technologies, received its name while driving to our series A funding dinner. Here is that story:

In June of 2012, I needed a name for my company. Instead of the usual labor intensive name selection process, I woke up one morning with the words “cloud” and “perception” in my head, and put them together to form the name CloudPercept. I will confess I didn’t love the name. But I had more important things to do at the time - such as trying to create a company. I didn’t give my name much thought until one of my advisors, Dan Phillips - who would later become CEO - raised an eyebrow and said: “Are you in love with that name?” That was Dan-speak for: man I can’t see calling up a prospective customer and saying: “This is Dan Phillips from CloudPercept.” While in truth I wasn’t really in love with the name, I did have a faint sense of attached to it, since I had carried it with me through the tumultuous early stages of creating a company. I had also incorporated CloudPercept several months before, which made it seem official to me.

As we neared announcing our series A round of capital and receiving our first public press, the name topic was weighing heavily on Dan’s mind. So when Dan and I were headed to our closing dinner with our investors in March 2013, he used the car ride to prod me on new company names. One of his previous companies in a similar industry had a product called eHealth, and “health” was a commonly used term in the industry we were replacing (i.e. health of your network). “What about CloudHealth?” he asked. I told him I sort of liked it, but we’d have to check first whether the domain was available.

A few minutes later, we were at a coffee shop in Waltham doing a domain searches on various names. It turned out that cloudhealth.com was taken. Our previous company, SilverBack Technologies, used “tech” in their domain to circumvent the overcrowded namespace of registrars. It turned out that “cloudhealthtech.com” was open, and this somehow seemed right to pay homage to our previous company. A few clicks and $9 later, we had ourselves a domain and a name: CloudHealth Technologies / cloudhealthtech.com. I spent a few extra seconds to point DNS for the new domain to our existing web site, and we hopped back in the car to get to our dinner.

At dinner Dan announced the new name of the company. “I like it,” said Bob Davoli. “Good choice,” said another investor. Within a week our first press covering CloudHealth Technologies would hit the wire, and the name change was official. While it took us a few months more to get a trademark and to switch our incorporated name, it fortunately all came together without a problem.

Company naming stories can often reveal insight into the DNA of a company. For CloudHealth, our story showed a lot of who were: flexible, agile, and more focused on building a business than creating a brand. So while I cannot tell people that my wife picked the name of my company, I can say its name came while on a car ride to our funding dinner.