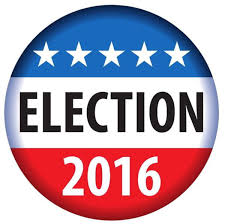 Watching the election this year has been like passing a car crash on Route 93. I don’t want to slow down and look, but I can’t stop myself. It has been a year of political firsts: the first time a presidential candidate has singled out a religious group; the first time a foreign government has been publicly accused of trying to alter an election; the first time we looked inside presidential campaign through leaked emails; and so on. It’s been a year of firsts for me too. As a registered Republican since the age of 18, I decided this summer it was time to become “Undeclared” (Massachusetts-speak for an independent). I also contributed money to the campaign of a Democrat whose husband I voted against twice in the 1990s. It’s a strange election year for sure.

Working in the technology sector, it’s easy to forget there is a world beyond us - one that doesn’t see the same opportunity, economic growth and innovation. Our country faces some serious issues: economic stagnation across certain industries / regions, a widening gap between our richest and poorest citizens, an outdated immigration policy, and a growing threat from terrorism and foreign governments. It’s easy to channel these concerns into a candidate, convincing ourselves that his or her election is essential to the survival of our nation. But our Founding Fathers gave us a governmental system designed to prevent the centralization of power at the expense of its efficiency / effectiveness. The upside is that no single person can become a dictator; the downside is that no single person can substantially alter its course without "we the people."

When this election gets ugliest, I like to remember a conversation with my father when I was a teenager. He said (paraphrased): the American people always elect the President they need, even when we don’t always realize it at the time. The examples he gave were Gerald Ford and Jimmy Carter, whose Presidencies are generally not looked upon fondly. He said Ford provided us integrity at a time we thought it was lost, and Carter gave us compassion when our world seemed to be spiraling out of control.

So in these closing weeks, do your best to take a deep breath, be informed, and go vote. But don't fool yourself into thinking that electing your candidate will drive the change you want. The real change you want starts with you and I.