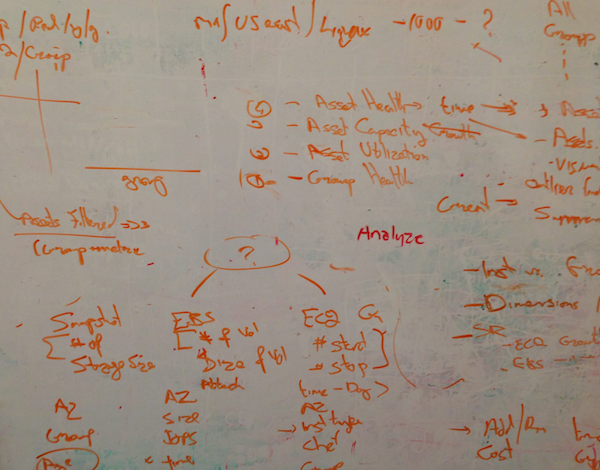 I'm a big fan of listening to startup founders tell the stories of how their companies came to be. These narratives often read like tightly written short stories, with a protagonist, a conflict, unexpected plot twists, and always some kind of resolution. Founding stories can give you insight into the fabric of a company, since like a crime scene, a founding almost always leaves behind trace evidence.

Take Twitter for instance: born when the podcasting startup Odeo failed to find a viable business. On the verge of shutdown, an engineer came up with the idea to send short status updates over SMS. While Twitter eventually achieved success, its messy founding was never far from its corporate DNA, as internal strife threatened to break the company apart numerous times. Even today with that engineer returned as CEO (Jack Dorsey), you can still see the turmoil of its founding in the now public company.

During my short stint at Dell, I had a front row seat to founding stories through my role in technical due diligence. I used founding stories as an “ice breaker” to get introduced to a team and a company. The successful ones were usually stories of repeated failure followed by success; but even the failed ones had some success along the way. One of my favorite stories involved what one founder called his "flux capacitor moment", which was when the idea that would make a successful company came to him at a conference after several years of struggle.

Founding a company never follows a straight linear path. It almost always requires great exertion and mental toughness from its founding team. If you fail, the circumstances of your founding story will not matter, since it will just be a footnote in your professional history. If you succeed, your founding story will impart DNA that will be with your company for years to come. Depending on the circumstances of your founding, some of that DNA may contribute positive genetic material toward future success; but others can adversely impact your business.

While you cannot control your founding story, you can control the environment in which you found it. Surround yourself with high integrity co-founders and/or advisors. Provide open and honest communication to your team, early customers, partners and advisors. Represent the values you want your company to have in the future. And most important of all: will the company you want into existence.

Have a founding story? I'd love to hear it.

Related posts: The String of Pearls, What's In My Bookbag, Burning Your Boats and Bridges